Two girls who want to become idols are entering into their long dreamed school—Kiraboshi-juku—Kiraboshi Nadeshiko and her close friend Mangetsu Sakurako. These two are so close that despite both being girls, they’re often compared to a married couple by people around them. And so begins their life in the dormitory as roommates. However, on their first night, an unusual, illicit impulse strikes Nadeshiko… Read more

A Workplace Where You Can’t Help But Smile


New shoujo manga artist Nana Futami works hard every day while being supported by Kaede Satou, her female editor who is older than her, and Mizuki Hazama, her assistant. According to the girl herself, she sometimes drums up intense daydream delusions of occupational illness! A working girls comedy set in the entertainment industry, brought to you by an author who always draws various girls. Read more 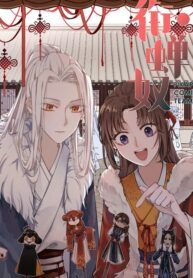 
“Warning: Yuri content: This manga contains materials that might not be suitable to children under 17. By proceeding, you are confirming that you are 17 or older.” Read more 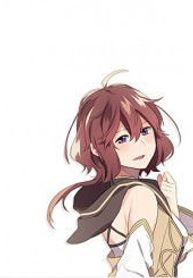 
Adventurers seek to take the demon queen’s head, but a young female mage wishes to take her hand. Read more

Unicorn to sabishi-gari ya shoujo


Vihta, Avant and Yuta travel the world in their moving trailer “The Sauna”. Buying food, buying clothes… It’s not an easy life when they share no similarities in age, origin or personality, but they live together like a family and manage to get by. Everything changed when one day, a mysterious little girl wandered into the Sauna. The journey begins to deliver this little girl back to her home town. Read more

Someone Hated, Someone Loved


Someone Hated, Someone Loved Read more

Being attacked by a cool Senpai at work


Being attacked by a cool Senpai at work Read more 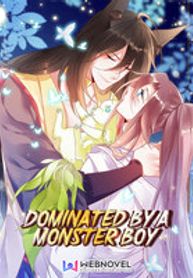 Dominated by a Monster Boy


Fang Qi, an alchemist in the modern world, time traveled to a new world ruled by monsters because of an accident during pill refining. He decided to use monsters as materials to refine pills. However, after he woke up, he found himself sitting on the bed like a blushing bride. The “bridegroom” he’s waiting for turned out to be a little monster boy called Yuying, and then something really weird happened. The monster boy, always known as a sickly, teeny tiny little kid, suddenly transformed into an adult with really strong manhood. Read more 
Midori isn't good with people, and at 31 years old, she feels like she has no place in life.One day, she is attending the funeral of a close friend of hers from junior high school, Tsugumi. Unable to forget about her, she has a vision of the young friend she knew standing above her - only it isn't the girl she once knew, but her daughter, Haruko.This is the story of the relationship between a woman without a place and a child without a mother. Read more 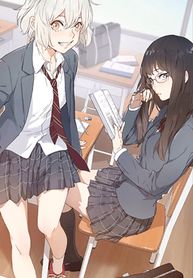 She Is Still Cute Today


An antisocial girl who’s obsessed with her studies seems to be interested in a lowlife delinquent?! She’s still so cute today. A cold, high school girl who loves studying and a stupid yet sweet delinquent. Read more

After the Curtain Call


Soyoung is devastated when her favorite musical actor is swallowed up by the world of TV. Just after she quits supporting him, she discovers charismatic actress Jaeyi in a theater performance of “Macbeth” and becomes a fan at first sight. By meeting Jaeyi after her shows and even doing her a favor, Soyoung goes from a mere fan to her good friend. But when Jaeyi has to work with celebrity actress Hyesun, who she has a troubled past with, it unexpectedly sours their friendship. All Soyoung wanted was to support her favorite actress… so why does this new development bother... Read more


“Warning: Yuri content: This manga contains materials that might not be suitable to children under 17. By proceeding, you are confirming that you are 17 or older.” ShaDiaoDan arranged the little star XiaoFengYu to accidently meet HeYunHan, an ascetic actress, and the two are in a variety show as an instructor and trainee, It seems like a good opportunity to get intimate with goddess, but how can it seem to be full of crisis everywhere? Read more 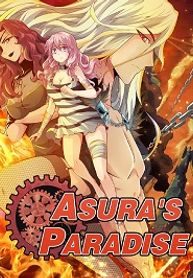 
This story is about a girl’s adventure in the late Victorian era when steam engines are widely used. Because of the pollution, the content of platinum and nickel in the air rises, and thus very few people mutate and gain special power. Those people are called the platinum-nickel mutants. The government established the Garden of Eden, claiming that they want to help the mutants live a better life. But it’s a trap to lure mutants. They control or even use these mutants with cruel methods. Read more 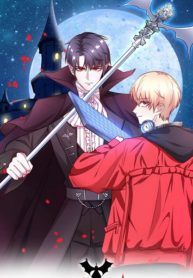 
Claiming to be the gaming industry’s streamer “Rising Star” Xia Ri. Due to the decline in popularity, he played a popular Otome game recommended by his younger sister, but unexpectedly went into the game dimension. In order to return to the real world, he had to pass through all the obstacles. Read more 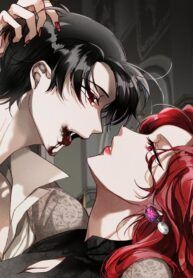 
A relationship between the vampire who seeks salvation, and the two women who surround her. Vampire In Won dreams about living a normal life and learns new emotions when she meets her senior Juyi in college. Se Yeon, a childhood friend who is obsessed with Won, tries to separate the two, but Juyi is annoyed by Se Yeon and approaches Won purposely. The relationship between the three is heading towards destruction. Read more 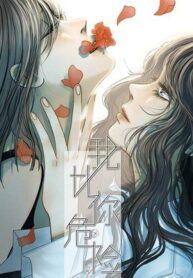 I’m More Dangerous Than You


When Jiang Wanshu met Ren Pingsheng, what she thought was her light, became the beginning of her nightmare. As a teacher, Ren Pingsheng seems gentle and considerate on the outside, but is secretly an extremely passionate reader of Jiang Wanshu’s book. What seemed to be a “coincidental” first encounter was in truth calculated and planned. Behind the peaceful days, the crazy reader has begun her hunt… Read more


The dream is to be an Anjuan of a cartoonist, and this year I got my wish to apply for the studio of the cartoonist teacher I admire most. But no one expected that the teacher was actually a black fan who had just forged a beam with him two days ago? In front of the dream, Yuanjia has a narrow road. What kind of sparks will the lively and honest assistant and the cold cartoonist meet? Read more 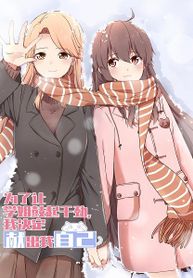 I Decided to Offer Myself to Motivate Senpai


Jiaxia is a new editor for the comic company BliBli. Ever since high school she has admired comic artist Taiji-sensei, who inspired her to pursue a career in the 2D world. Although Taiji-sensei has a bad reputation in the publishing world for being lazy and troublesome, Jiaxia is determined to be her new editor. But will she be able to get Taiji-sensei to finally get motivated to draw a new comic? Read more 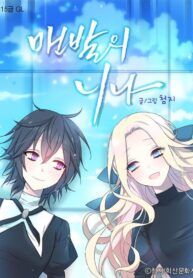 
“Warning: Yuri content: This manga contains materials that might not be suitable to children under 17. By proceeding, you are confirming that you are 17 or older.” When shy and timid Eunseo was forced to transfer to the elite Stella Academy of the Arts, she expected lonely school days filled with cutthroat competition. So she’s taken by surprise when the free-spirited Ina takes a sudden liking to her. The two girls become closer as they secretly meet on the rooftop after classes, and Eunseo’s friendly admiration grows into something more. Luckily, Ina returns her feelings as well… but they seem to... Read more 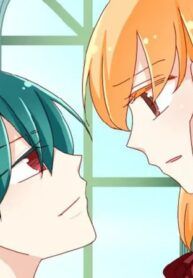 I Live With A Demon King


The entanglement and love between demons and humans! Little Luo Li lives with the indifferent “little brother” at home, but he is actually the big demon king. His goal is to take over Luo Li’s body and mind, and then offer her as a sacrifice?! Is there no true love between humans and demons? Read more 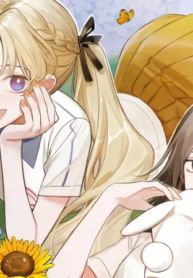 
One is a rabbit girl with a congenital defect, and the other is a fox girl that’s super popular but has a lonely heart. Despite their differences, they are each other’s precious ‘The Other Me in This World’. When they meet, a story of mutual healing and mutual growth begins… Read more 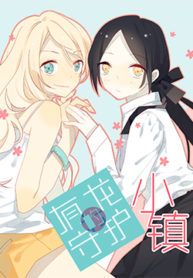 A Village Protected by a Dragon


Hua Dai found herself with an illness – whenever she touches something she wants/likes, her hands will get stuck to it until she buys it. Due to this illness, she is in great debt. Without choice, she decided to go back to her grandpa’s house with this secret key her grandpa gave her in search of treasure, hoping to pay off her debts. As Hua Dai arrived at Bai Lin Village, she found a girl namd “Long” who claimed to be a disciple of her grandpa. With this, Hua Dai started living with this strange girl… Read more 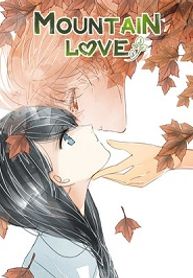 
In addition to the human world, the world is divided into five kingdoms: Mountain, River, Cloud, Tree, and Gold. Their relations with the human world are rocks, water, gas, tree, and metals. People of every kingdom who want to arrive in the human world need to be kissed by a human being. Read more 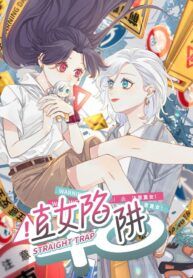 
The regular office worker Zhan Ying, who is drama-queen at heart, recently encountered a question that made her face flush, heart pound, and become embarrassed at a complete loss. That is, she suddenly wondered if her cold queen boss Zhou Yuanyou, who is always taking care of her, has feelings for her?! Is it heartfelt, or is it just a straight trap? Zhan Ying didn’t even have time to really think about it when she found herself already caught in the trap… Read more 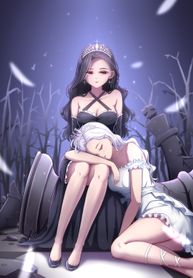 
Miriam is a young princess of the royal family who is loved by all, but she puts all her thoughts on her sister. The only person of such nobility and beauty is her sister, who is so perfect. She has always admired her, but how can she get closer to her? Read more 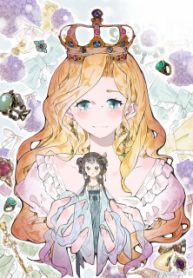 
About Chun and Alice Manga In order to make a living, the vagrant Eastern girl Bai Chun became the “living mannequin” of queen Alice. Planning to make a quick buck and then escape, Chun inadvertently became embroiled in a conspiracy of those vying for power while trying to leave. Can the temporary union of East and West avert disaster? Find out in Chun and Alice~ Read more